Reflections on the Art of Suffrage, Action, and Hope

Reflections on the Art of Suffrage, Action, and Hope

As we deinstall our latest exhibition, SUFFRAGE, I am struck by how impactful the work of artists can be in the desire to increase thoughtful civic engagement and inspire change. The show, which contained posters and political cartoons illustrating the issues driving people to the polls, not only gave permission to more than 50 artists to lift up their perspectives at this critical moment, but also served as a backdrop for community dialogue and education.

This exhibition, co-curated with my friend and brilliant designer Karen Kurycki, was meant to be a response to a very specific moment in time. A snapshot of a national conversation around the power of the vote, not only as the means to elect people, but as a tool for making our collective values known and a way to shape policies and priorities. Throughout the run of the exhibition people of all ages and interests entered into dialogue on issues of the environment, racial justice, voting rights, access to healthcare, gender equity, and economic disparity.

The dialogue that ensued was often tinged with frustration, confusion, and even fear. But it was also marked by hope. And here I prefer Rebecca Solnit’s take on hope:

“It’s important to say what hope is not: it is not the belief that everything was, is, or will be fine. The evidence is all around us of tremendous suffering and tremendous destruction. The hope I’m interested in is about broad perspectives with specific possibilities, ones that invite or demand that we act. It’s also not a sunny everything-is-getting-better narrative, though it may be a counter to the everything-is-getting-worse narrative. You could call it an account of complexities and uncertainties, with openings.”

And as only a small and scrappy organization like Yellow House could do, some of the works dealt with issues stripped straight from the headlines. A poster by Karen Kurycki gave information about Amendment 4 that would restore voting rights to returning felons in Florida. Political cartoons by the masterful Ed Hall brought the heartbreak and frustration of the Supreme Court nomination hearings into sharp focus. Several works illustrated the desire for compassion as we address the needs of families immigrating to this country and even more focused on the environmental neglect resulting in red tide throughout our state. And a majority of works gave voice to the hope for shared power regardless of gender, race, ethnicity, disability, orientation, or economic status.

Even more important than the art on the walls were the human connections formed throughout the run of the show. Recent immigrants sharing their stories, environmental activists sharing information about the health of our waterways, community organizers looking to be more inclusive, and families seeking understanding. One 10 year old girl proclaimed she would be the first black female president while standing in front of an image of someone who looked like her. A mother and her kids dropped in on their way to early vote so that they would understand the importance of some of the issues she would be voting for. A group of of people shared their disappointment, fears, and hopes in a writing circle that took place the day after the midterms, in full recognition that the elections might not be over in our community.

I realize that we curated this show somewhat selfishly. Karen and I needed this exhibition as we traversed this challenging political moment. The artists we invited to be a part of the story responded with excellent examples of socially-relevant design that educated and moved us. The partnerships, with Amplifier, the St. Johns Riverkeeper, Women Writing for a Change, Jax by Jax Literary Festival, and dozens of artists and organizers inspired and informed our work over the past 5 weeks and beyond.

And while election results continue to be decided, and the SUFFRAGE exhibition makes room for the next artful moment at Yellow House, we recognize the residue for change left by each of the featured artists and each of the conversations whispered (or shouted) in our space. And as Rebecca Solnit reminds us, “Change is rarely straightforward… Sometimes it’s as complex as chaos theory and as slow as evolution. Even things that seem to happen suddenly arise from deep roots in the past or from long-dormant seeds.” Here is hoping that the seeds planted during SUFFRAGE bear beautiful fruit. 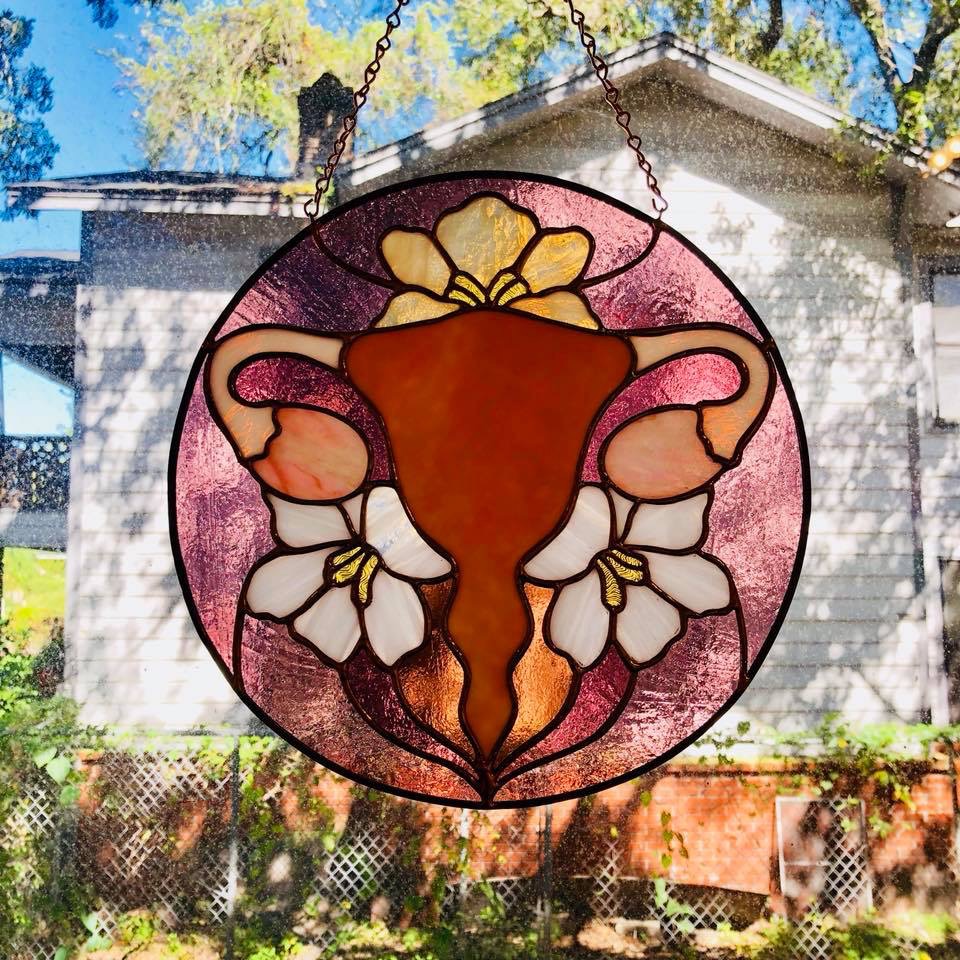 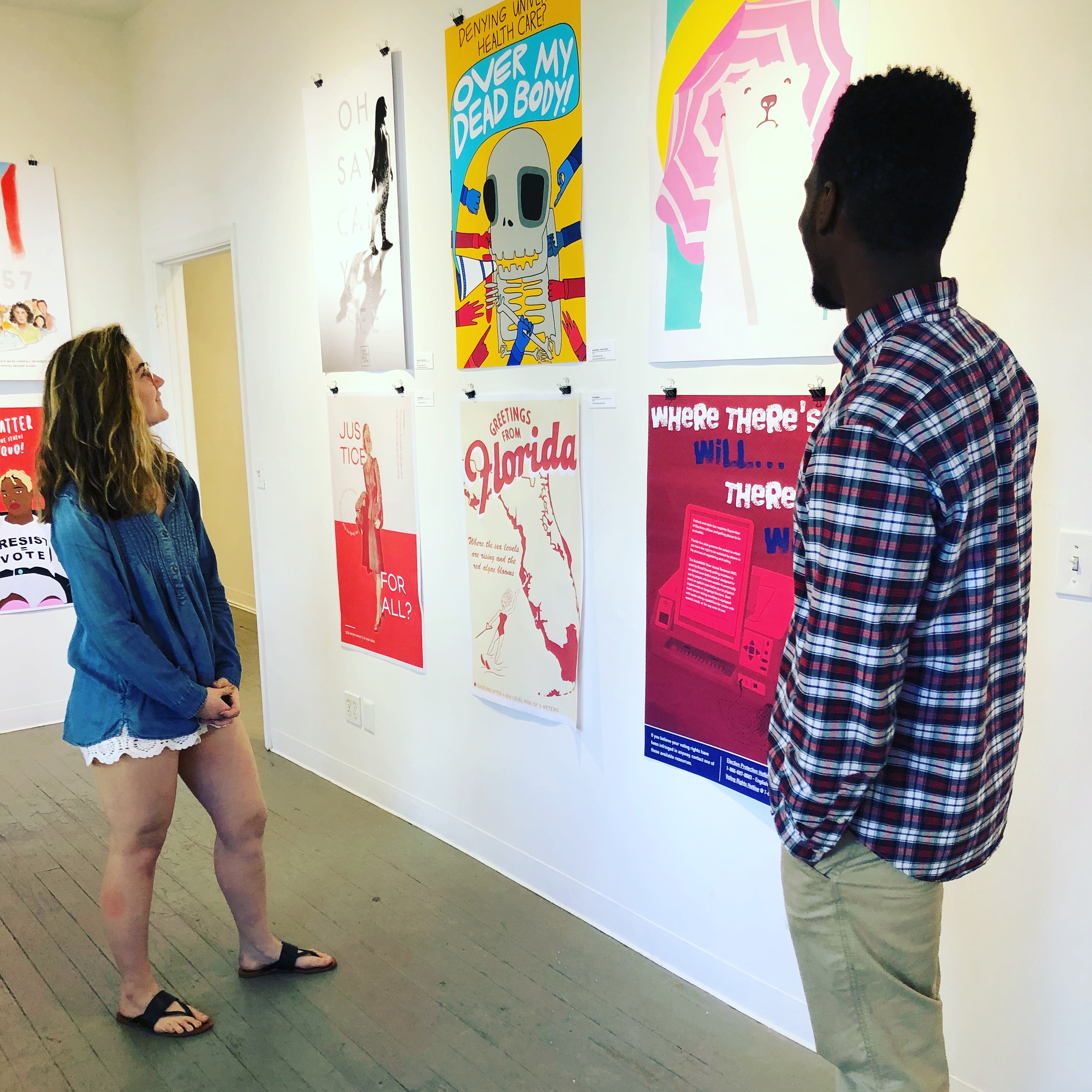 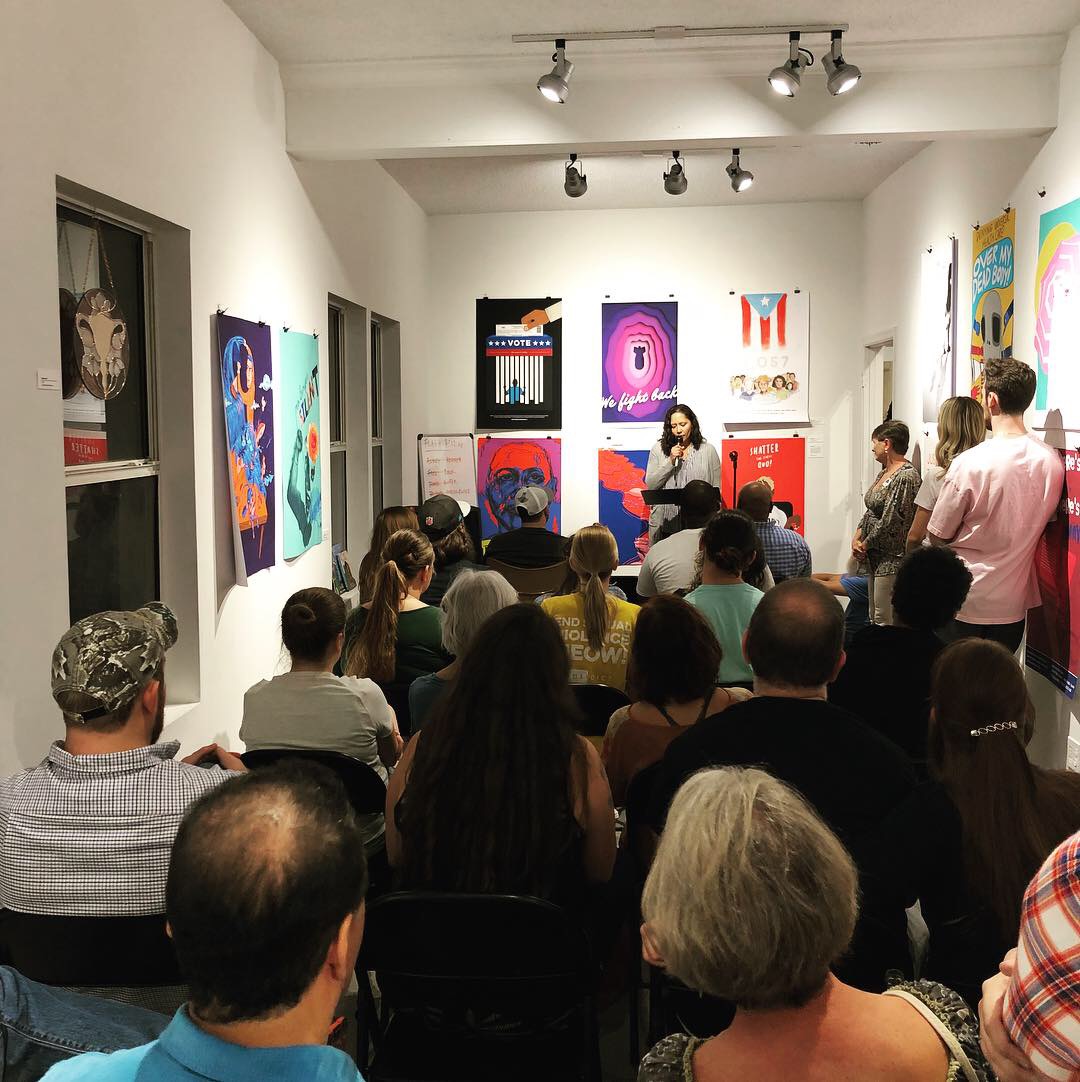 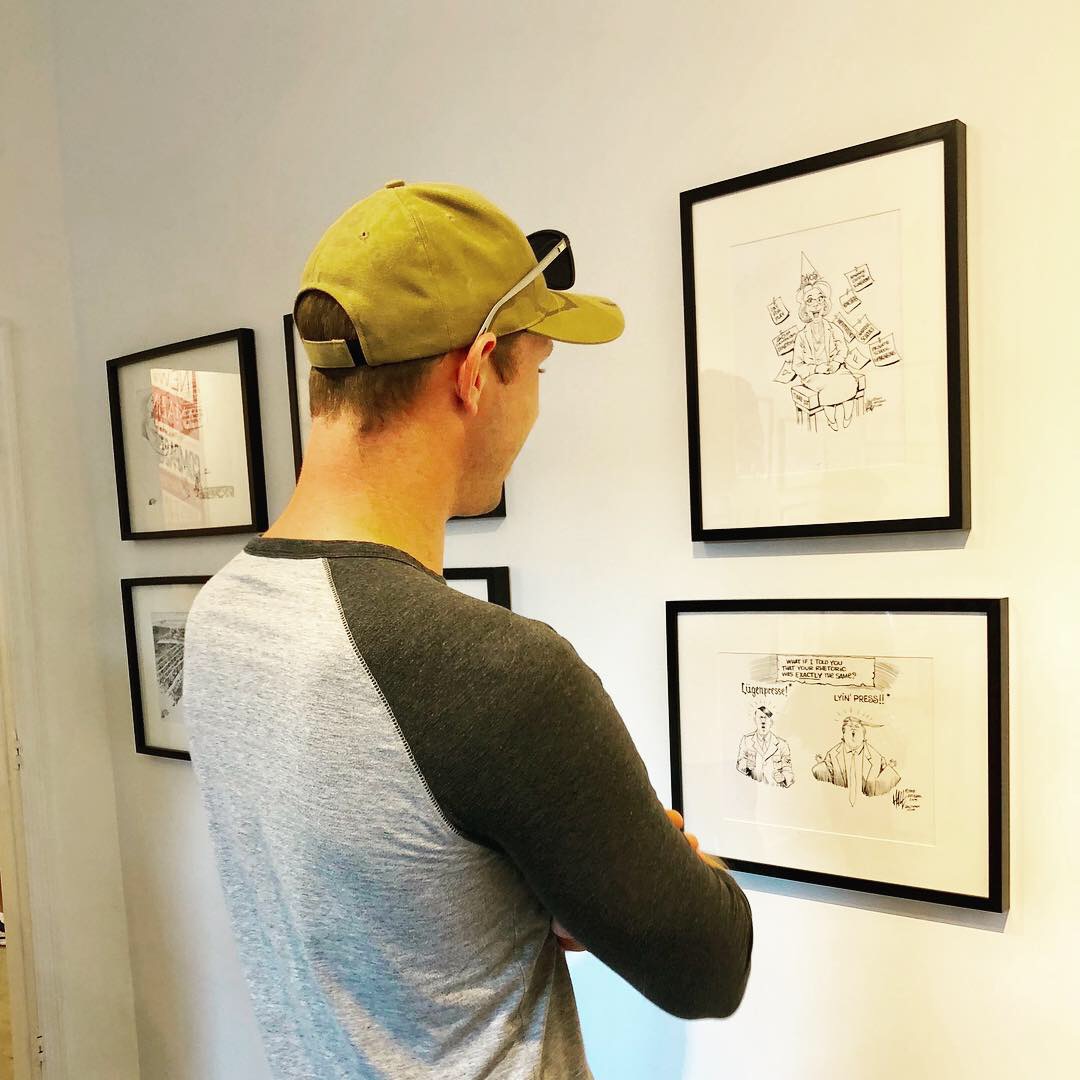 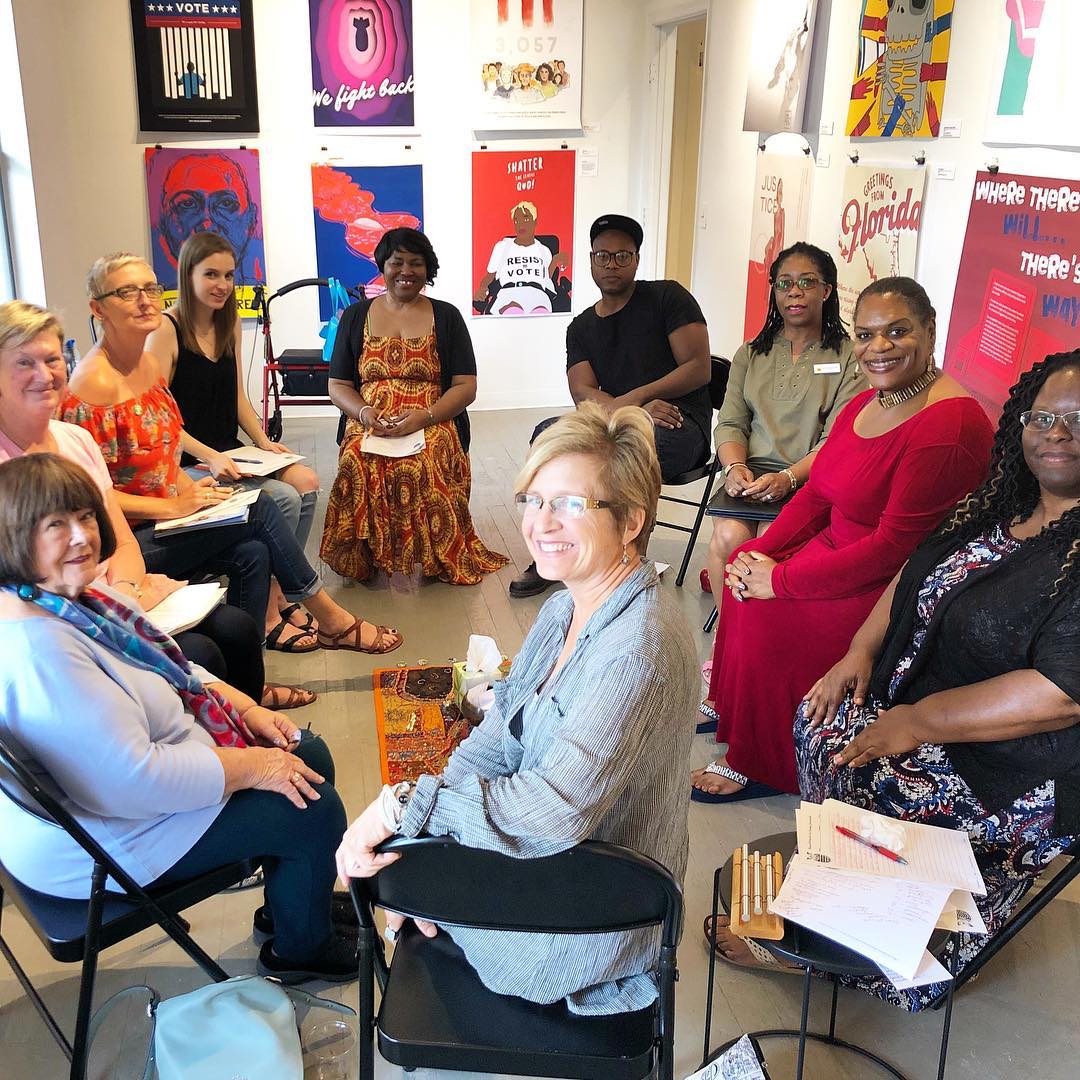 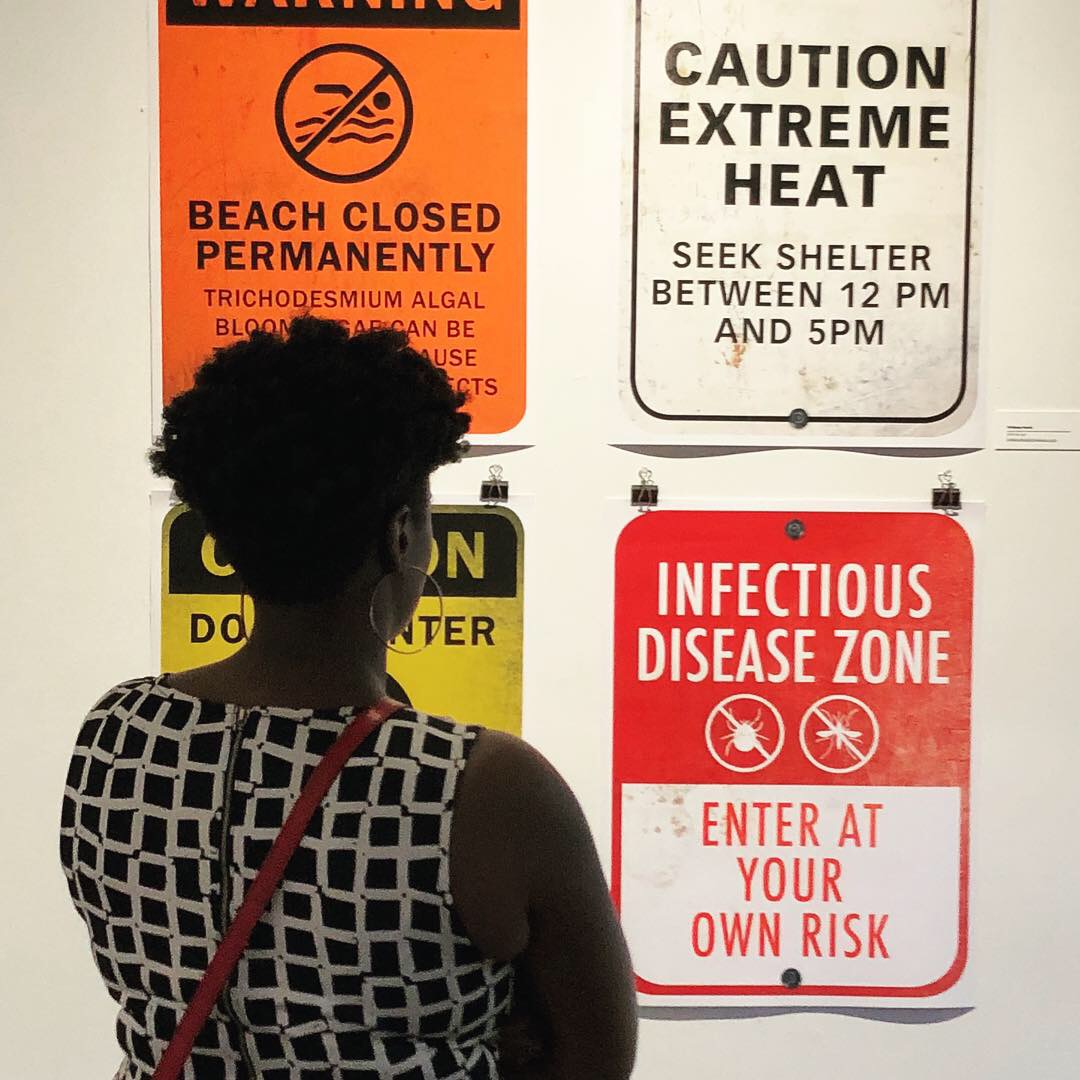 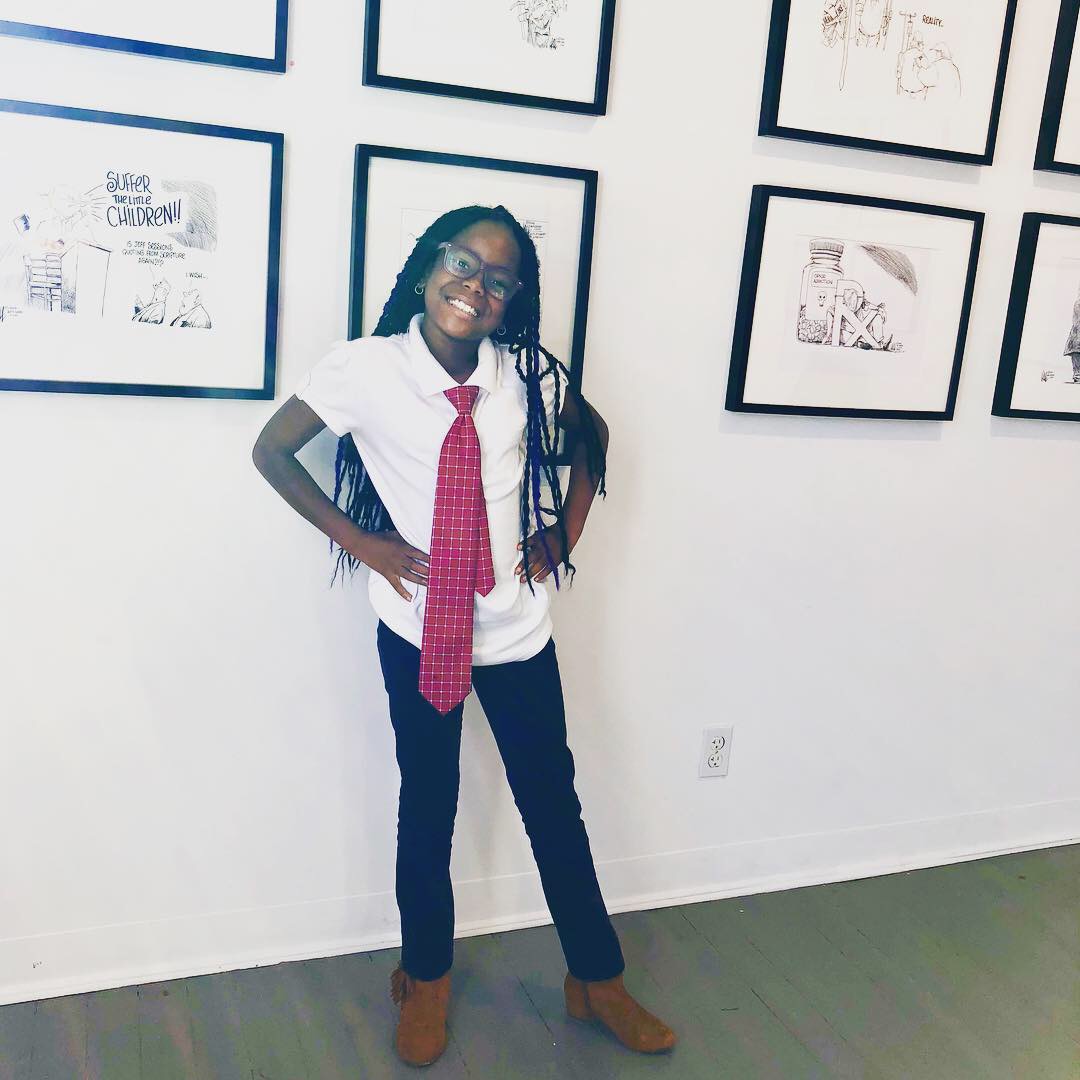 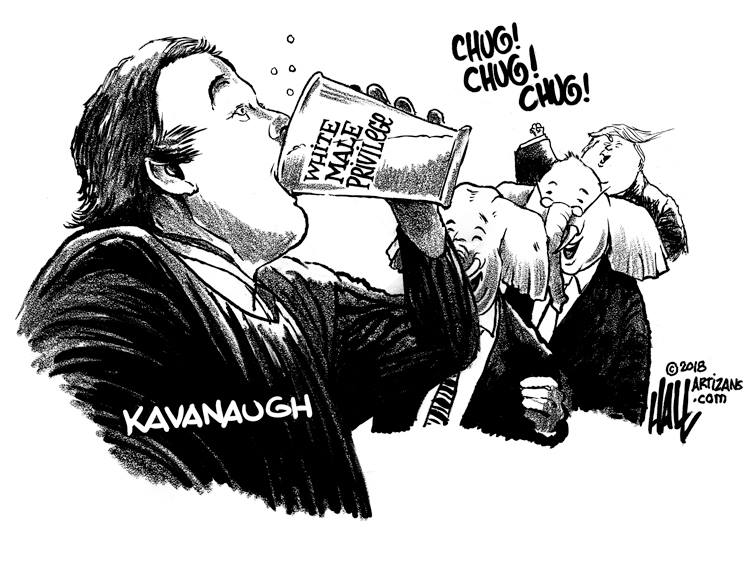 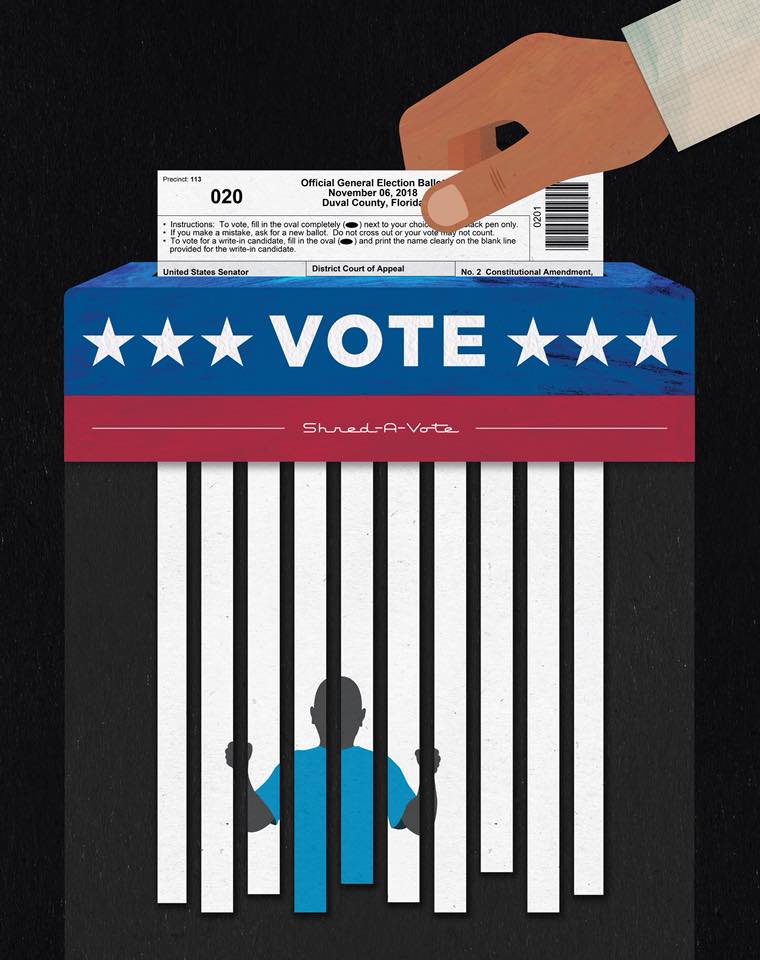 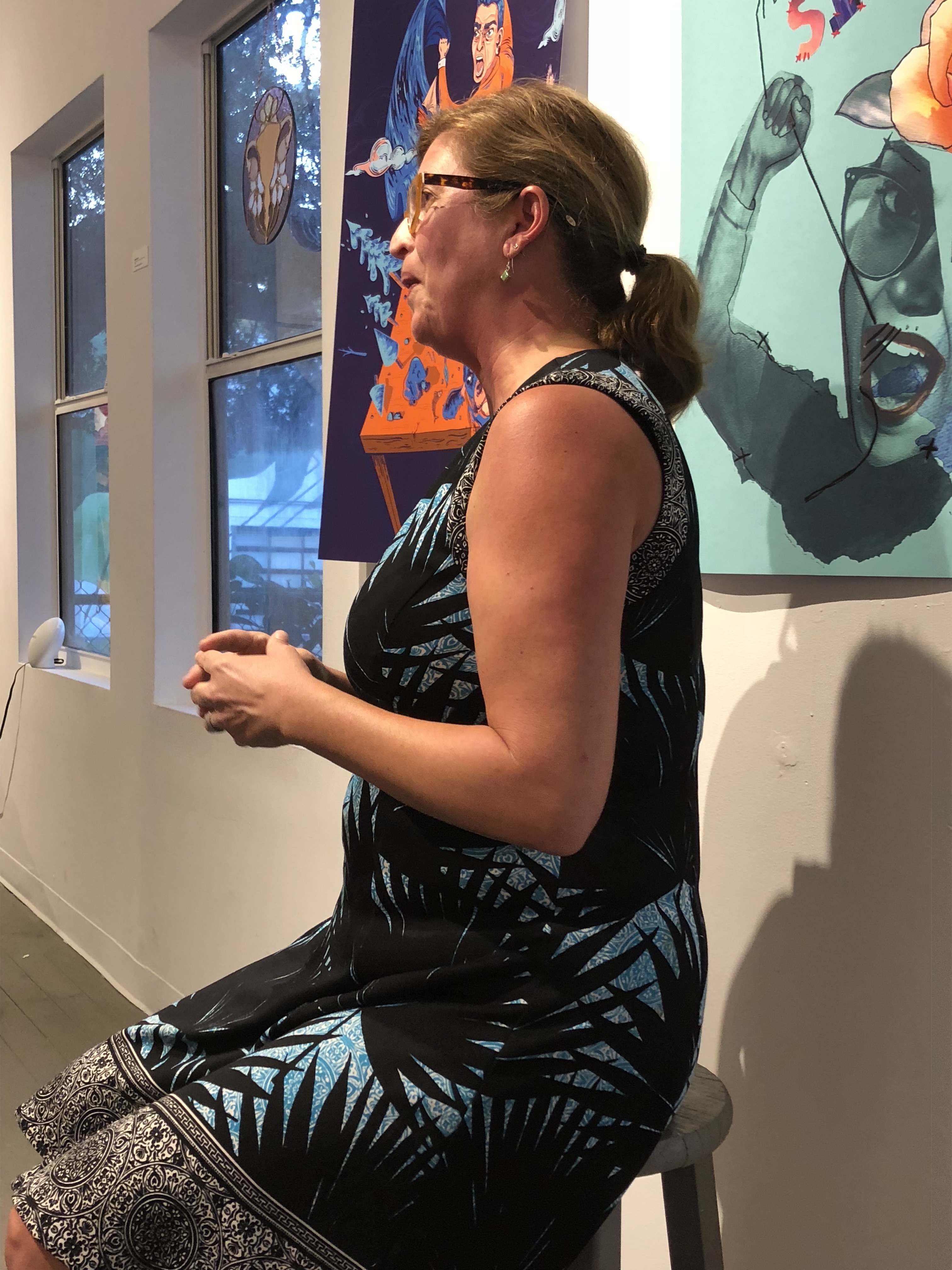 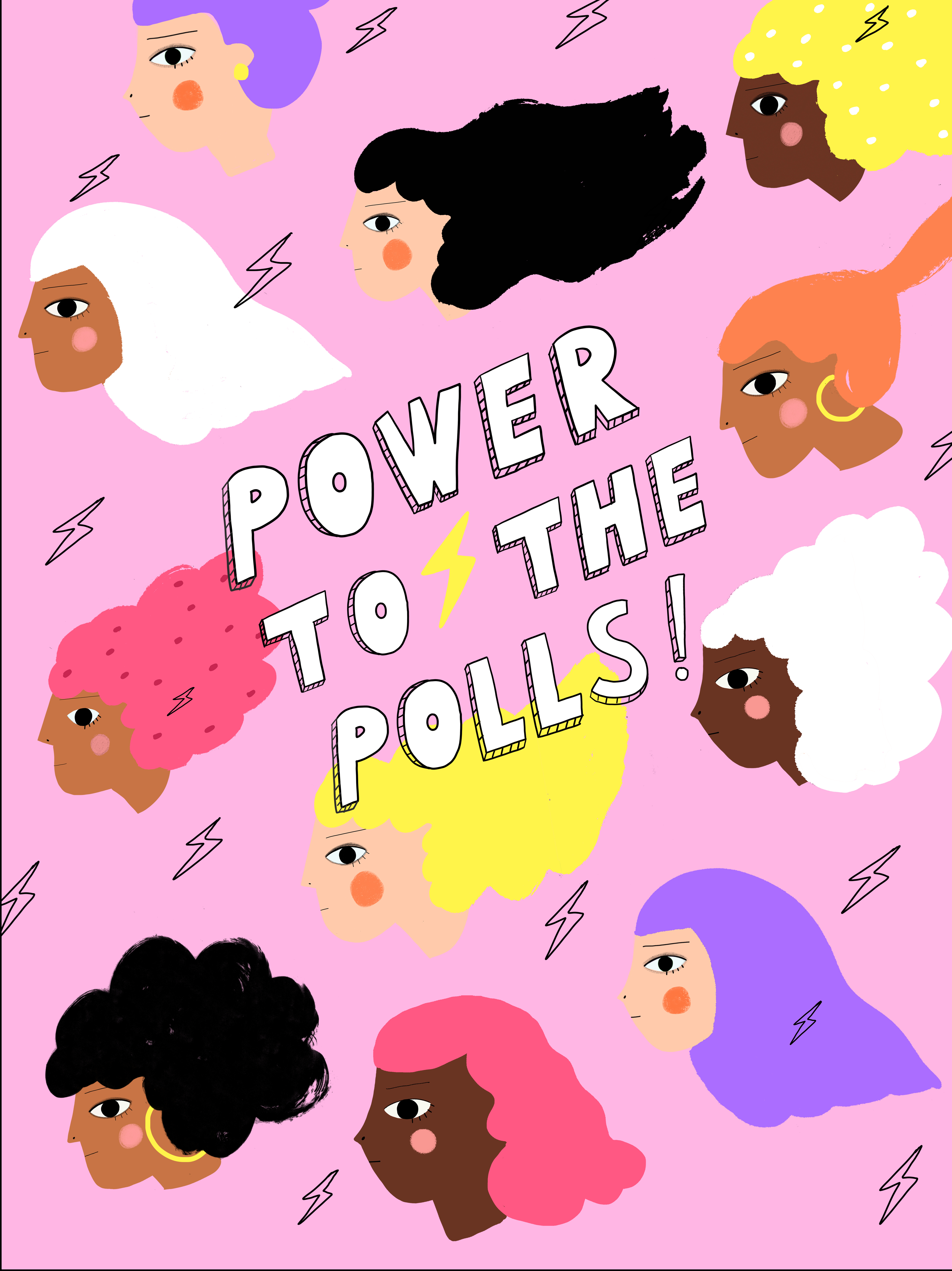 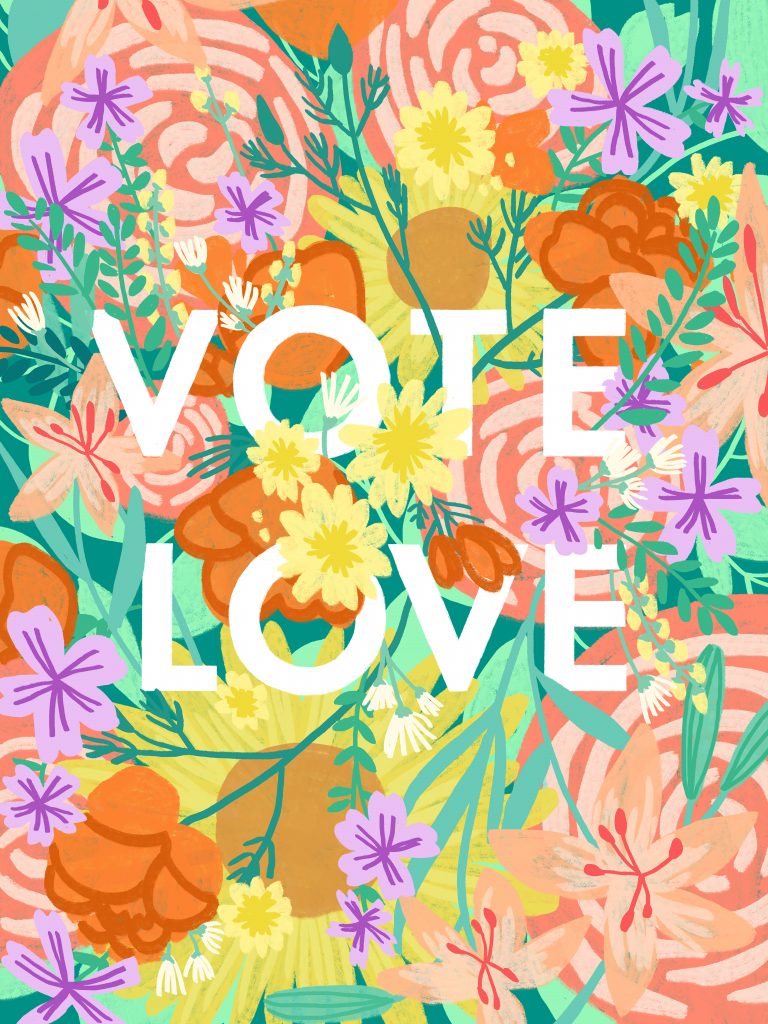 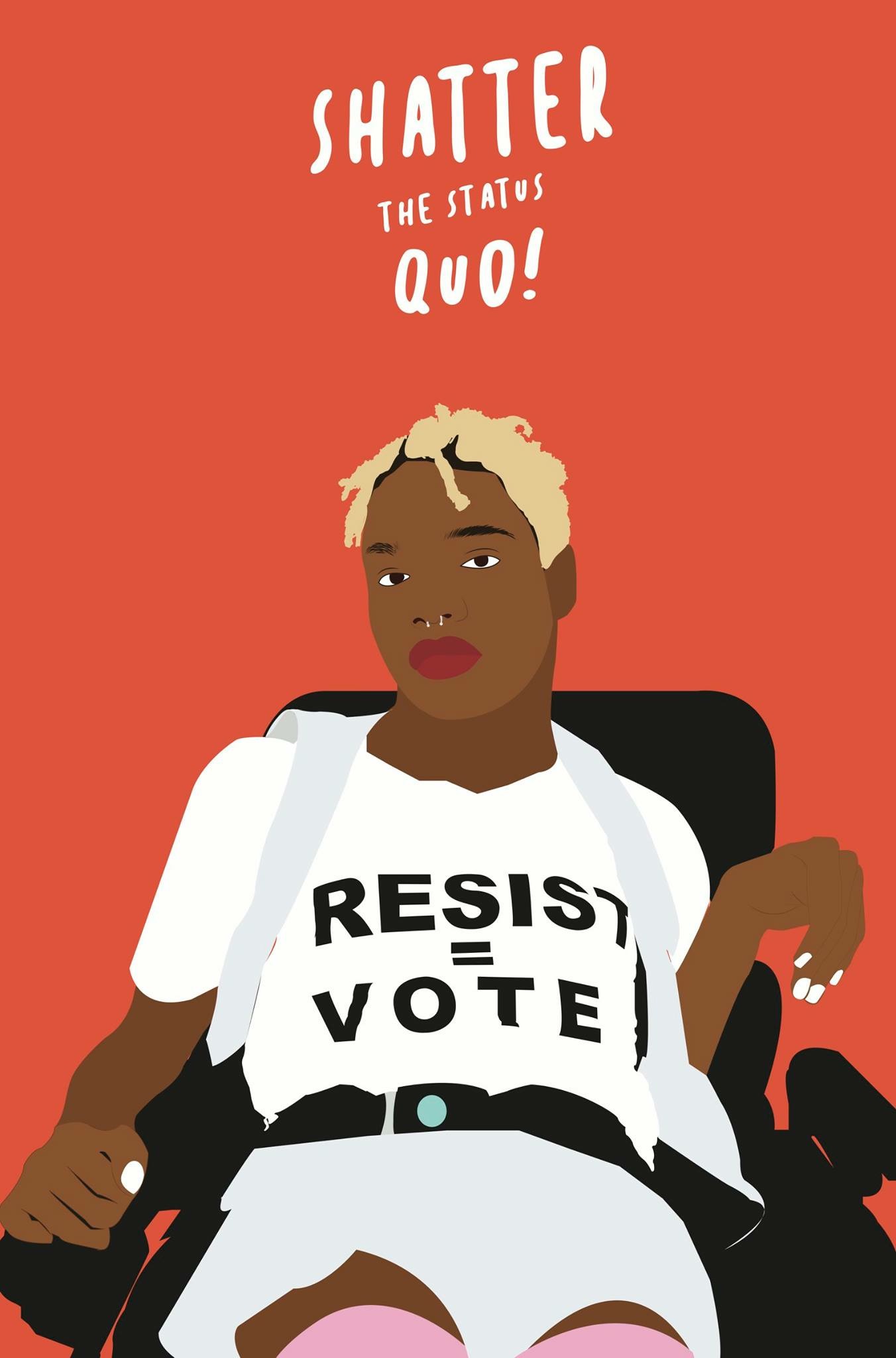 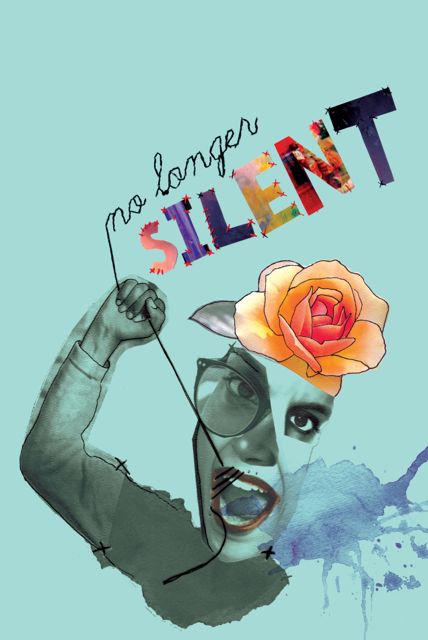 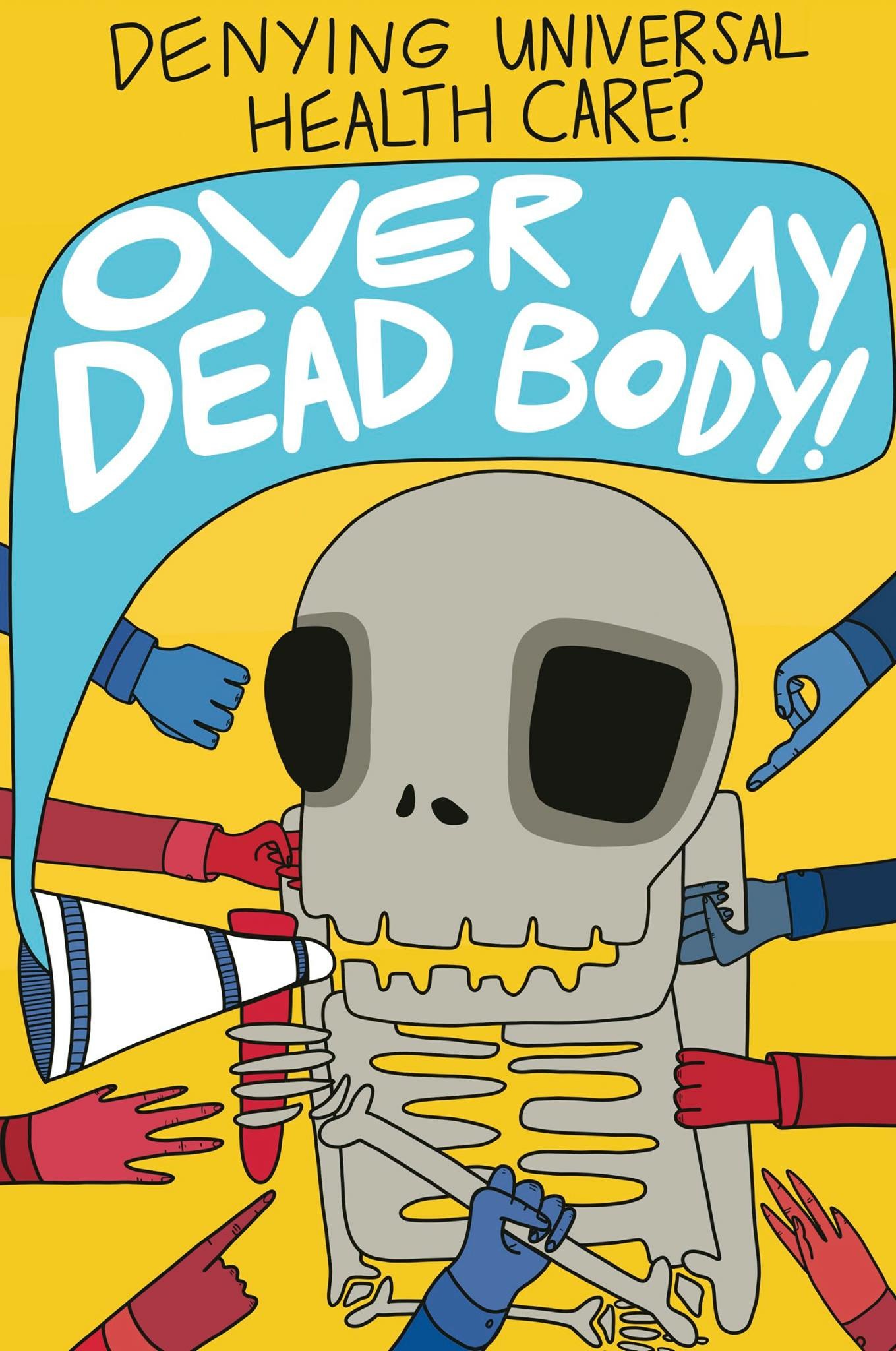 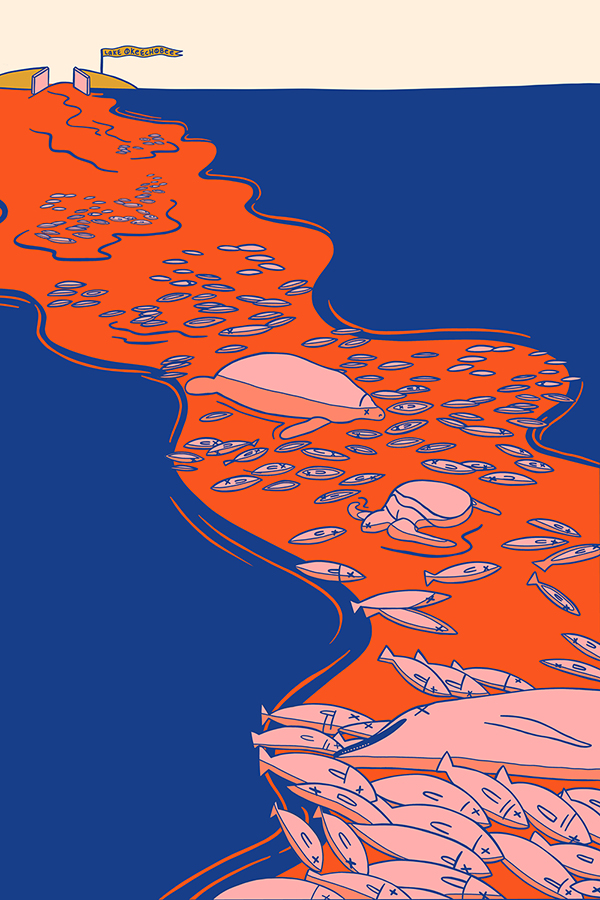 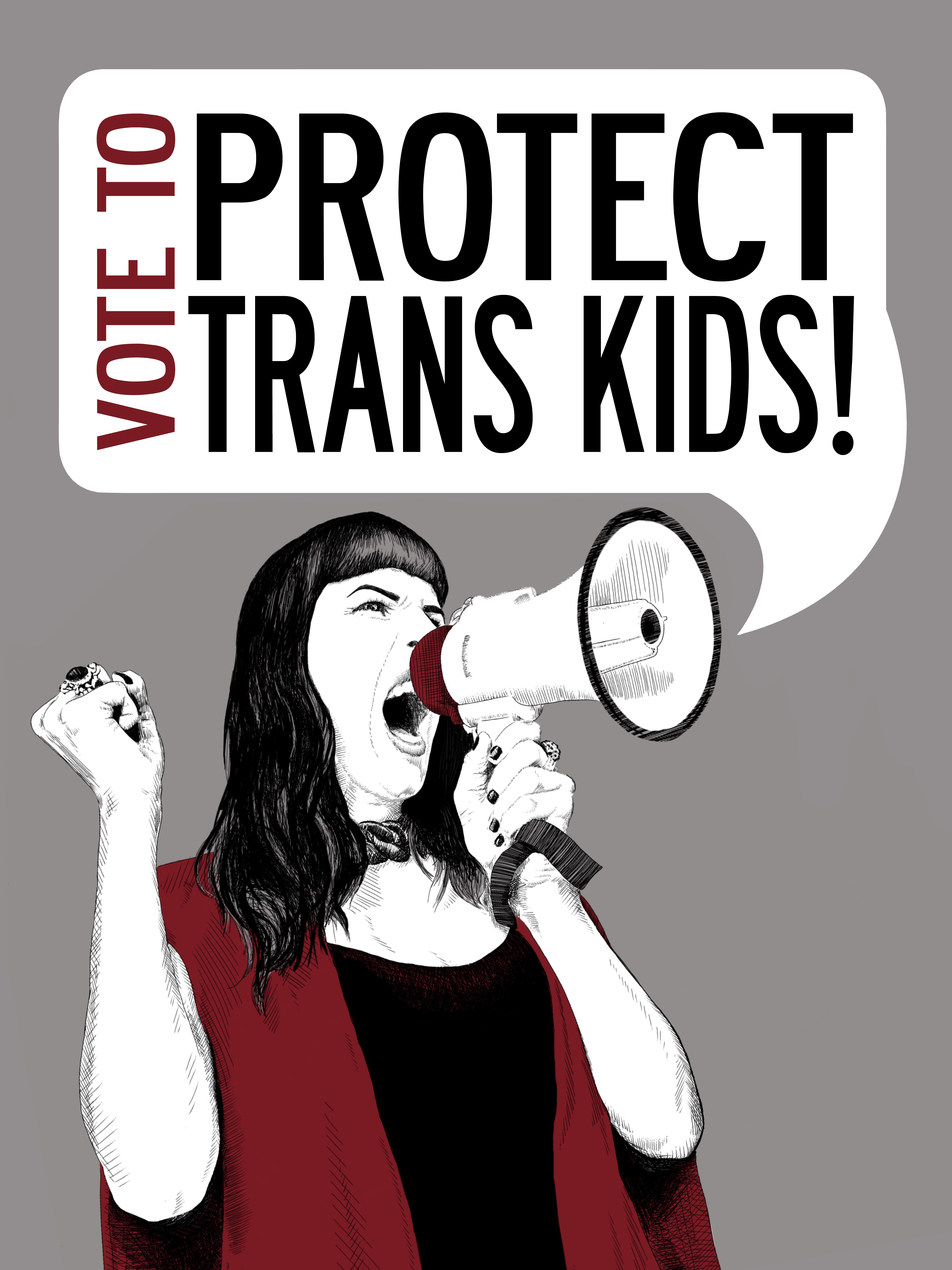 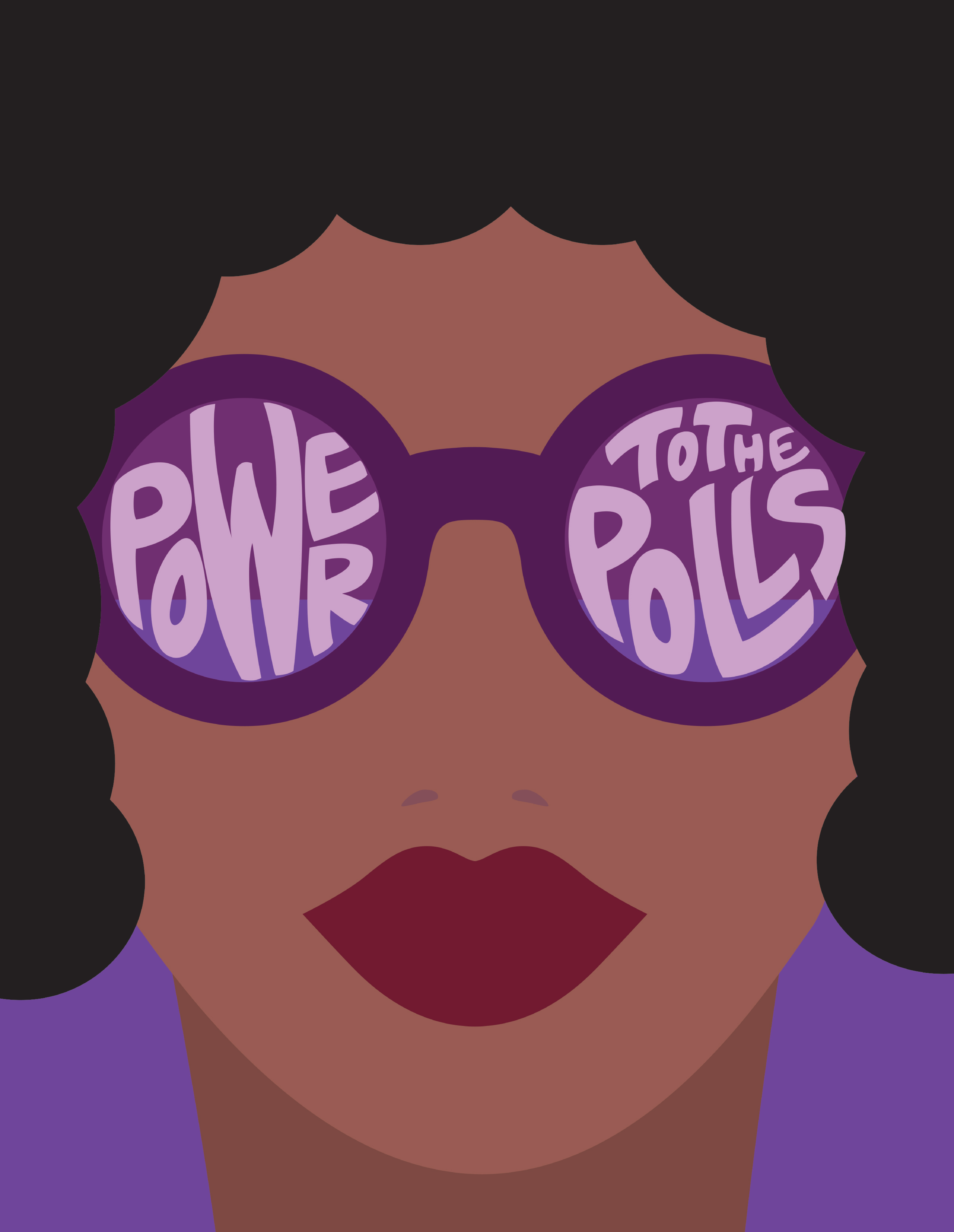 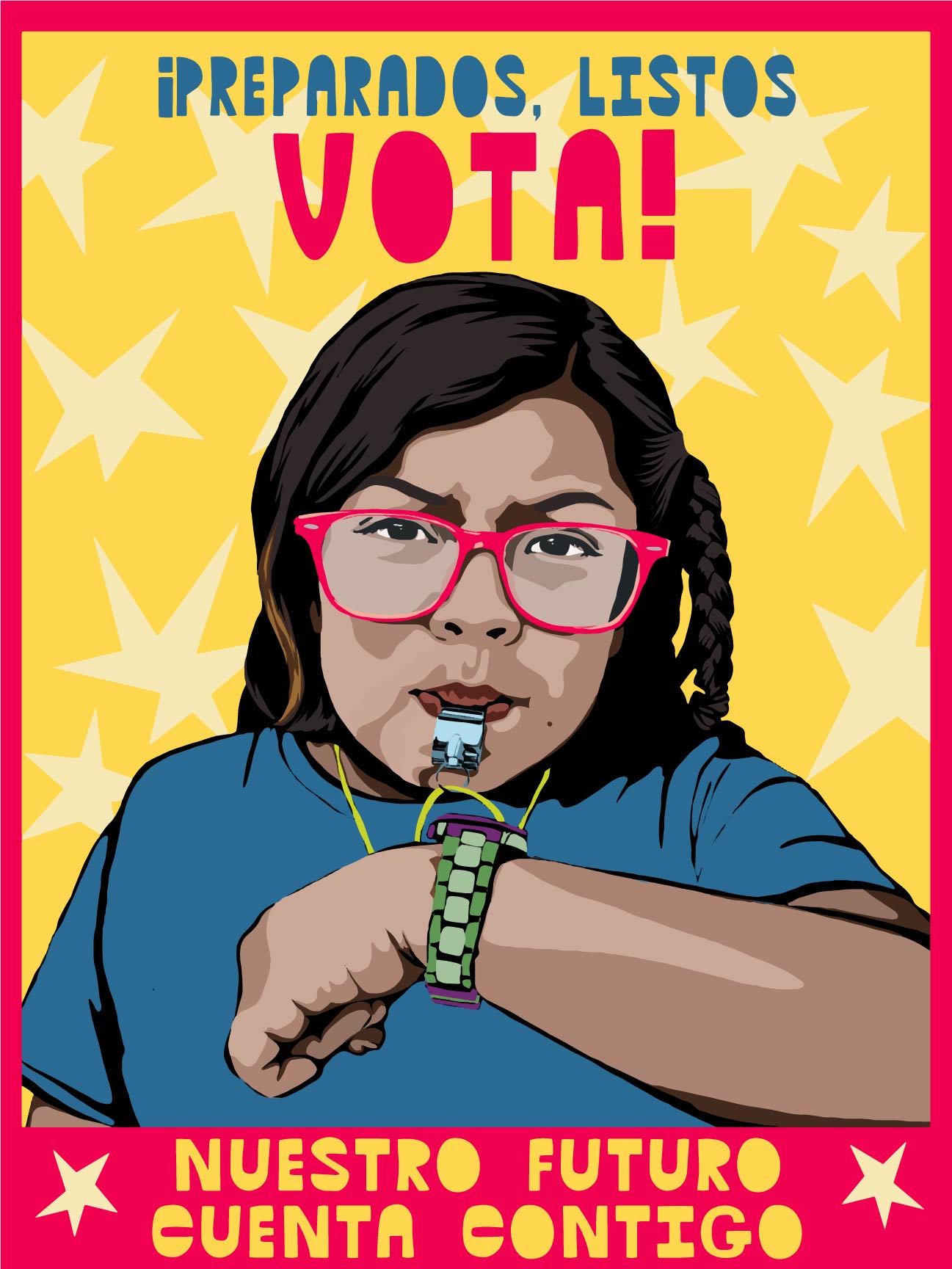 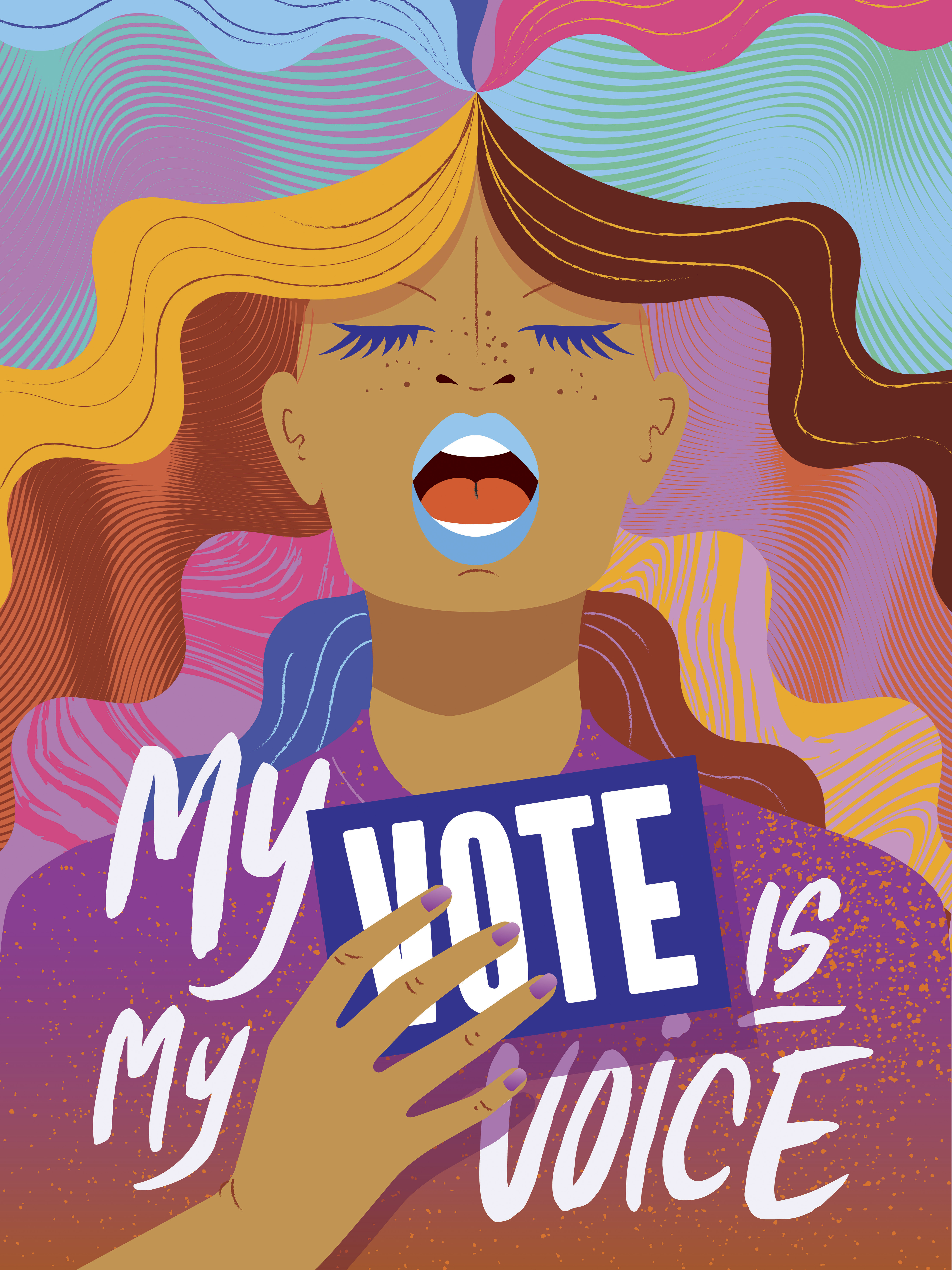 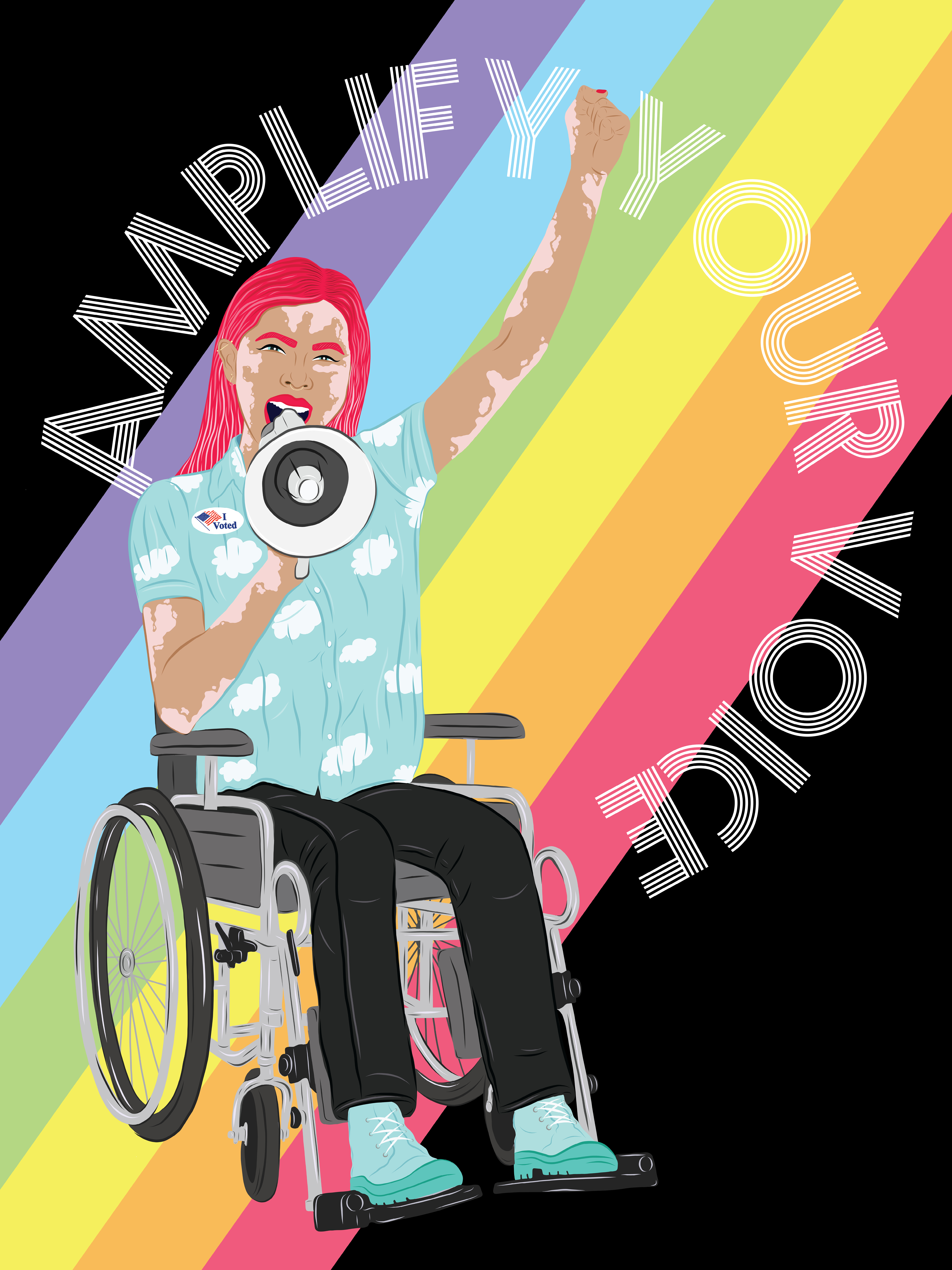 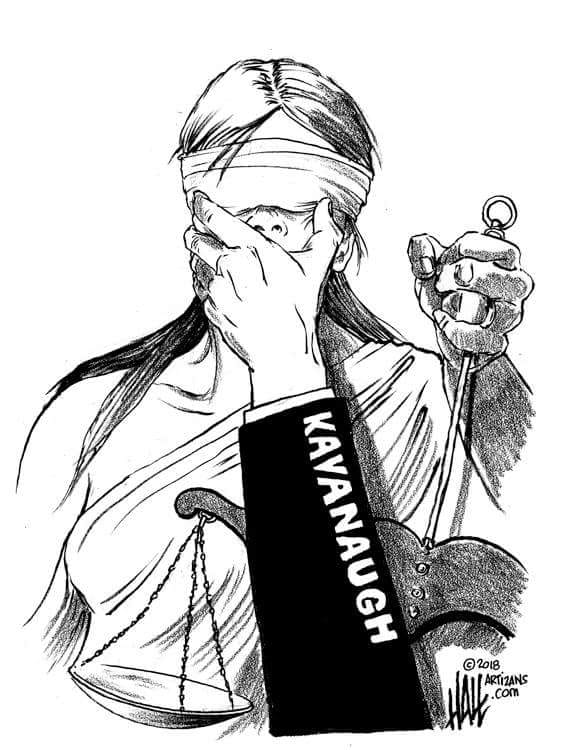 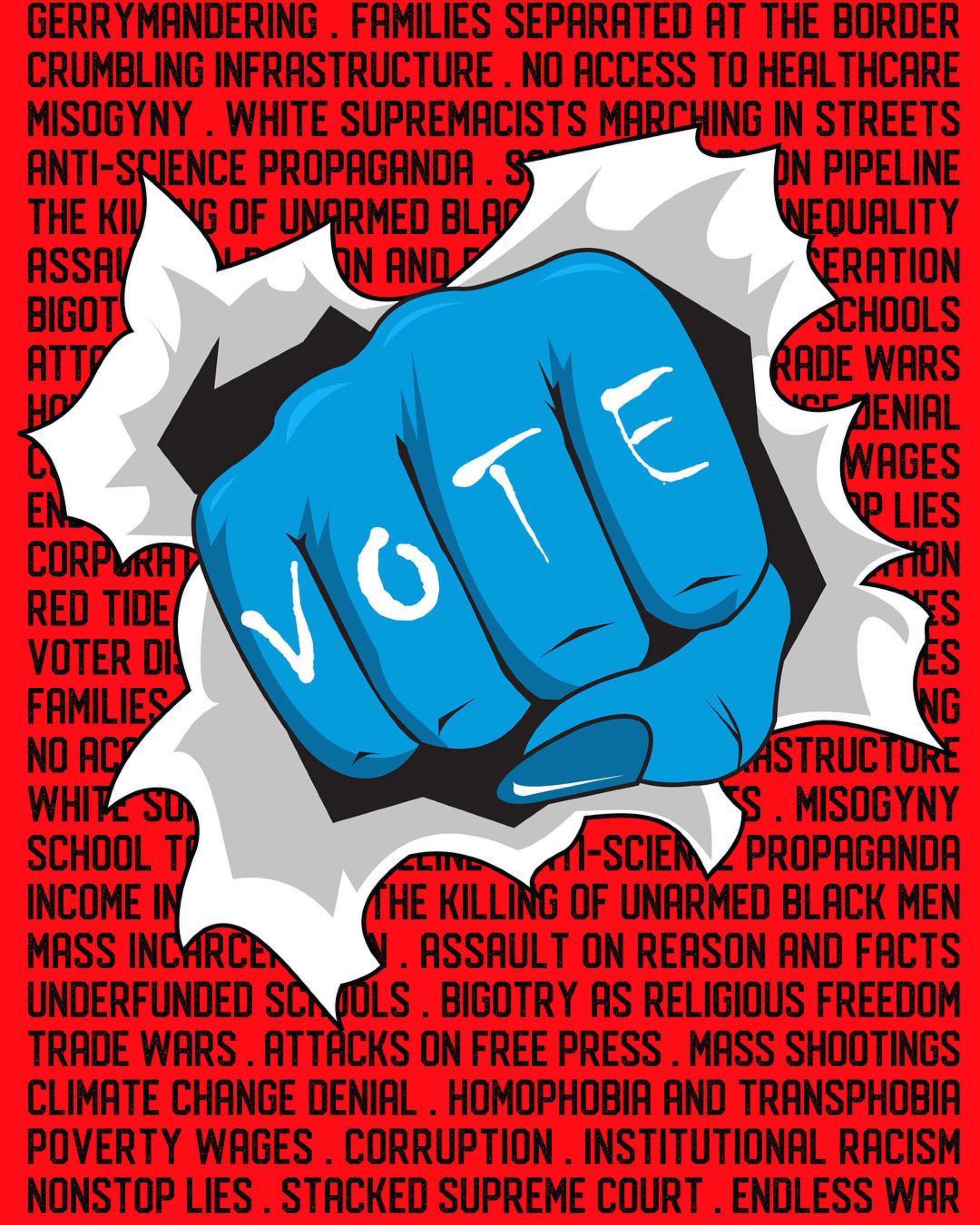 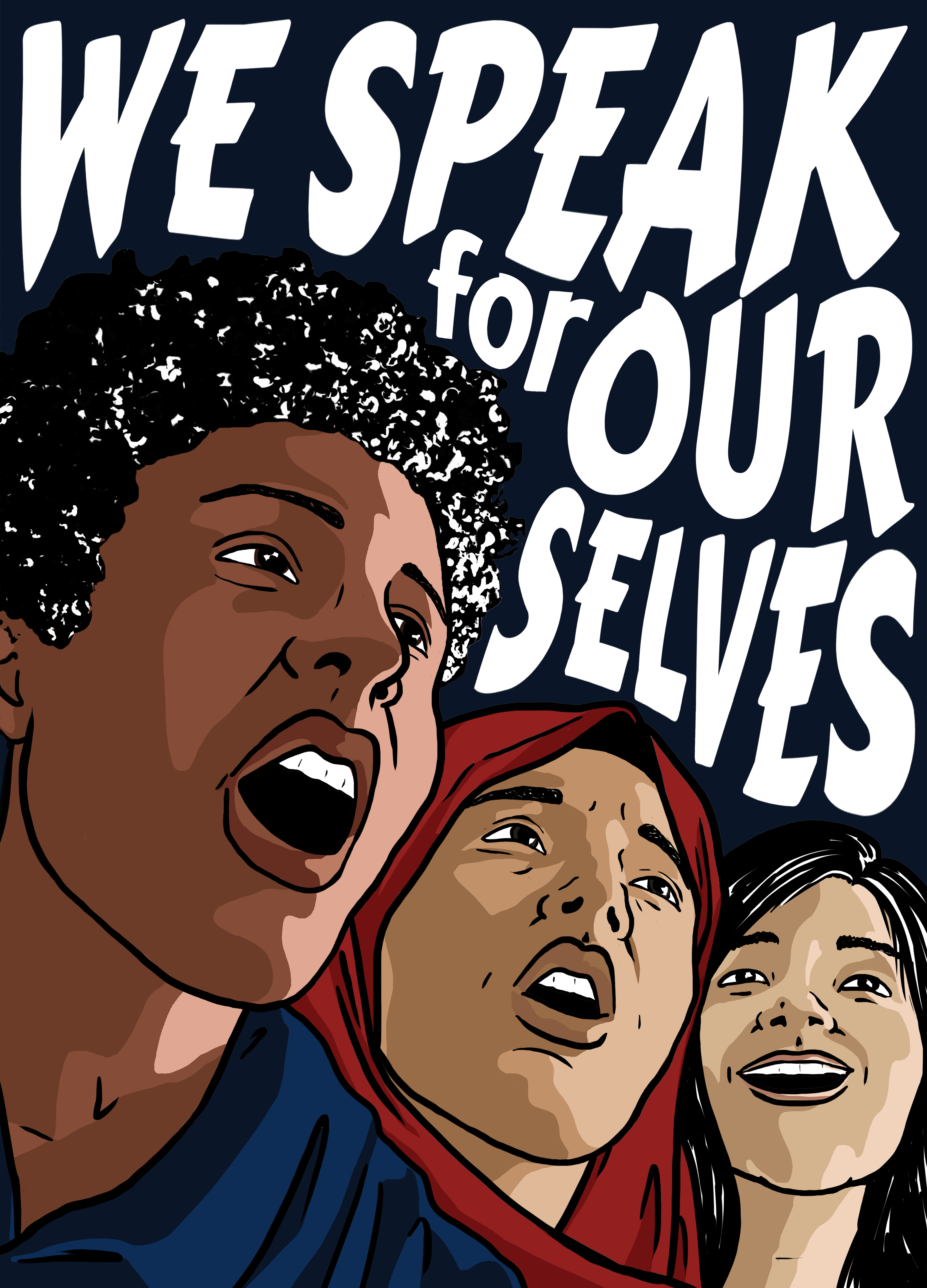